Progress
Home / About the project / Progress

December 2017: Lab report from the University of Bristol 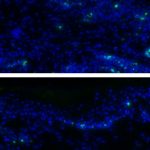 We have collected samples of urine, blood, saliva, liver, kidney, rumen and rumen content from 24 steers that have consumed known quantities of mycotoxins. We are using these samples to determine any changes induced by mycotoxins and to identify a biomarker that could be used as a diagnostic tool in the future. Early indications suggest that mycotoxins influence the growth and normal turnover of the epithelial cells that line the rumen. This is in agreement with our previous data, obtained when we directly exposed epithelial cells to mycotoxins in the lab. Work is now ongoing to analyse the remaining samples.

This picture shows sections of rumen from an animal that had not been fed mycotoxin (top image) and one that had been fed a high dose of DON (bottom image). Cells that are actively dividing are labelled with a green dye.

The data acquisition phase is now complete for the metabolic profiling arm of the in vivo mycotoxin cow study. Using 1H NMR spectroscopy, the metabolic profiles of urine, saliva, and blood plasma collected from animals at various time-points throughout the study have been captured. In addition, the metabolic content of the liver, kidney, and ruminal wall and contents has also been measured for all animals at the end of the study. This panel of sample types provides detailed information on the biochemical processes occurring locally in the ruminal environment and systemically throughout the body. This analysis has yielded an information-rich dataset (408 metabolic profiles) containing quantitative information on a vast number of metabolites. This includes metabolites produced by the cow’s own metabolic system, but also molecules derived from the diet, the resident ruminal microbes and potentially from mycotoxins. These data will now enter the statistical analysis phase of the project where metabolic signatures associated with mycotoxin exposure will be investigated. 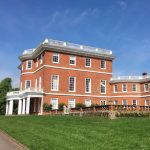 The Duchy College team organised a consultation meeting with invited expert cattle vets at Bicton College to discuss progress and to consult and garner feedback from the profession. Project team members Michael Lee (Rothamsted/Bristol), Mike Wilkinson (Nottingham) and Jon Swann (Imperial) were in attendance to provide updates, as were Stephen Roderick and Gemma Eales from Duchy. There was an overwhelming consensus amongst the vets that mycotoxicosis was a complicated disease that was difficult to diagnose. Quotes from those present included “A diagnosis of last resort when you can’t think of anything else”, “A disease rapidly jumped on by nutritionists”, “A dustbin diagnosis”, “Much like digital dermatitis, it tends to complicate things” and “You see vague signs”. The group were supportive of the project aims and direction – “You don’t know if you’re right or wrong, I would be keen to find out if a definitive diagnostic test could be produced”. A number of the recommendations were proposed, including the need to advise farmers on the importance of making and feeding quality silage. It was agreed that the group would meet again after the in vivo calf trial to discuss the results and look to the future.

March 2017: News from the team at Imperial College London 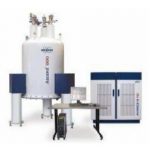 Here at Imperial College, the initial screening phase of the research has been completed examining the metabolic response of kidney cells from cows to different mycotoxins (zearelonone, deoxynivalenol, fumonisin B1, patulin). By studying the metabolic changes that occur following different mycotoxin exposures a clearer understanding of how the mycotoxins disrupt metabolism, damage cells and ultimately affect health can be obtained. Furthermore, this approach allows metabolic signals (biomarkers) to be discovered to identify which cells, and therefore cows, have been exposed to mycotoxins.

This initial cell-based work exposed bovine kidney cells to the individual toxins for 24 hours. Following this incubation step the cells were broken open and the metabolites inside were measured. These were measured using the analytical chemistry technique, 1H nuclear magnetic resonance (NMR) spectroscopy. The metabolic profiles of the cells exposed to the mycotoxins were compared to those from cells with no mycotoxin exposure. While no observable changes were caused by ZON, FB1 and patulin at this dose level, profound metabolic disruptions were seen in the cells treated with DON. The metabolites altered with DON indicated disruptions in cell metabolism related to protein synthesis, energy metabolism, cell membrane synthesis and the abundance of osmolytes. All of these processes are important for maintaining the health of the cells and these alterations reflect attempts by the cell to restore health (homeostasis) after mycotoxin exposure. Their potential to serve as indicators for mycotoxin exposure will be tested in subsequent studies.

February 2017: News from the team at the University of Bristol 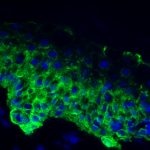 We have found that low levels of mycotoxins reduce normal function of epithelial cells. Deoxynivalenol (DON), in particular, reduces the ability of epithelial cells to grow and divide as they normally would. Instead, it would appear that the cells put their energy into converting DON to a less dangerous form.

The image to the left shows a section of healthy rumen epithelial cells.

November 2016: News from the team at Micron Bio-systems

In this first part of the project we have been analysing maize silage samples that have been stored to optimise mycotoxin production. The reason for this is the project will cumulate in a live feeding trial for which feed containing naturally produced mycotoxins is required to mimic the typical challenge found on dairy farms but it can be challenging to find sufficient consistently contaminated material. We know from previous work undertaken in the HYSIL project that maize silage is one of main the contributors to mycotoxin contamination in TMR and DON and ZON are the toxins most frequently detected. Through our analysis of maize silage samples that have been stored under different conditions it has enabled the group to identify the optimal conditions required to ensure we have sufficient quantities of naturally occurring DON and ZON, the method to extract them and safely store for the trial.

November 2016: News from the team at the University of Bristol 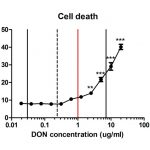 In the first part of this project we have developed in vitro cell models with which we can analyse the effects of different mycotoxins on epithelial cells, like those which line the bovine rumen. We have found that the levels of mycotoxins frequently found in maize silage are sufficient to kill epithelial cells. At lower levels, mycotoxins do not kill epithelial cells but they do change the metabolites produced by them. We have identified these metabolites and these are now our candidate biomarkers for mycotoxicosis in cattle. In the next part of the project we will investigate the possibility of detecting these biomarkers in biological fluids, such as urine or saliva, taken from affected cattle.

September 2016: News from the Knowledge Exchange team at Duchy College 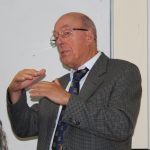 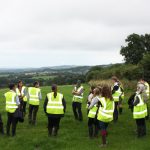 We held our first Knowledge Exchange project event, “Heal thy Silage”, at Duchy College Home farm on September 13th, along with a farm walk to see various maize varieties just prior to harvest. There were presentations from the Bovmycotox team providing an introduction to the project objectives, rationale and intended methods. Full details of the event can be found on the Project Outputs page. We will be holding further events during 2017 and over the remainder of the project.