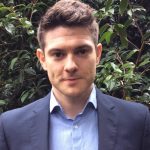 Jonathan Swann is a Senior Lecturer in Human Development and Microbiomics within the Division of Computational and Systems Medicine at Imperial College London. He leads a metabonomic-based research group characterising the influence of gene-environment interactions on the mammalian metabolic system and their implications for health and disease. He has extensive experience applying metabolic phenotyping strategies to identify markers in the urine, blood and saliva of nutritional intake, toxic exposures and various disease states. His group is internationally regarded for their work studying the influence of the intestinal microbiota on host metabolism. He will manage the metabolic profiling phase of the project and contribute statistical support at the data fusion stage.

Jonathan was awarded a PhD in Biomolecular Medicine from Imperial College in 2008. In 2010, he was appointed to a lectureship in Metabonomics at the University of Reading with the Department of Food and Nutritional Sciences and in 2014 to Associate Professor. In 2015, he moved to his current role at Imperial College London.